TORONTO -  Solidarity is one of the fixed ingredients of the "pinsa" by Gino Benevenga, owner of the Italian restaurant "Venga Cucina", the only "pinseria" in Toronto (in Canada there are only two: read Corriere Canadese's article here) and already protagonist of charity campaigns in the past with its special pizzas made in the manner of the authentic Roman "pinsa".

Last March, in fact, the restaurant on Dundas Street West 3076 had decided to donate the entire proceeds of dozens of "pinse" to the Sisters of the Order of St. Basil the Great of the Monastery of St. Peter and Paul in the city ​​of Zaporizhzhia in Ukraine, hit hard during the conflict with Russia (read CNMNG's the article here).

Previously, Benevenga had donated $ 1 to the SickKids Foundation for every "pinsa" sold over an entire week.

Now, a new charity initiative: in the next few days, Gino will make twenty $ 100 super-pinse, using unique and high-quality ingredients, and the entire proceeds will go to the Princess Margaret Breast Cancer Foundation.

A choice dictated by a life experience that Gino himself decided to tell. "In recent months a fundamental element of our staff, both in the kitchen and in the dining room where is able to make customers feel at home, has been diagnosed with cancer", explains Benevenga. "We were scared and terribly worried, until our staff's member was admitted to Princess Margaret Hospital where was treated with great professionalism, kindness and respect. We therefore want to thank the exceptional staff of the hospital with this fundraising".

A nice gesture by Gino and the staff of "Venga Cucina" who in the last two years - despite the difficulties due to the pandemic - has achieved great popularity by selling 12,408 "pinse" and receiving positive reviews from customers and also in the press. All well deserved.

For information, all contacts are on the site https://www.vengacucina.ca/ 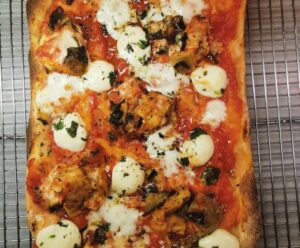 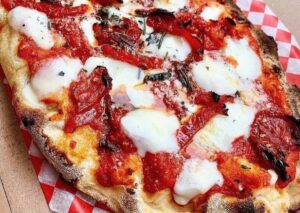 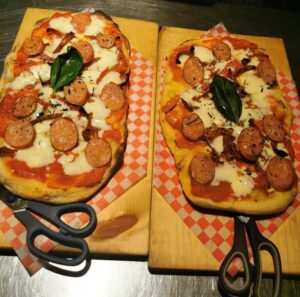 In the photos above, Gino from "Venga Cucina" and some of his "pinse"

TORONTO - Commitment and hard work can pay off. Alessandro Volpe, a baseball player who celebrated his 17th birthday a month ago, who for years has been training every day, for hours, with self-denial and a spirit of sacrifice, is well aware of this. "Every single day since 2015. #NoDaysOff", as the young Italian Canadian […]

TORONTO - Parent groups and concerned community members rally in solidarity to protest the province’s plan to increase class sizes. Parents held coordinated demonstrations at several Catholic elementary schools across Toronto calling on the Ontario government and the Toronto Catholic District School Board (TCDSB) to halt the reorganization of class sizes. At least 40 schools […]

TORONTO - Toronto’s tourism industry will get a boost of $16.3 million from the provincial government. Ontario’s Minister of Heritage, Sport, Tourism and Culture Industries, Lisa MacLeod, made the announcement on Wednesday. The funds are designed to aid in the sector’s pandemic recovery efforts. A portion of the funds, $9 million, will be directed towards […]

Porter Airlines takes
to the skies once again

TORONTO - It may come a little late for the summer travel season, but Toronto’s Billy Bishop Airport will resume commercial airline service starting September 8. The news means that travellers may once again board a flight to/from the downtown core to select Canadian and US destinations. Starting September 8, Porter Airlines will take to […]

Toronto: many pizzerias,
but there is only one "pinseria"

TORONTO - His “pinseria” is the only one certified in Toronto, and one of the two in Canada (the other one is in Ottawa). And, all over the world, there are just 130 places that can boast this recognition. A prestigious recognition, given by the Opr (Original Roman Pinsa) Association only to those who offer […]

Out of the classroom and into the “cloud”; comparing education strategies

TORONTO - Every parent wants their child to succeed in life. A big part of that is a child’s academic achievement in school. But, how do schools stack up in meeting student’s educational needs? For parents, it can be a difficult decision to choose the best educational system for their children. In Toronto, aside from […]

Top earners at the TCDSB

TORONTO - Ever wonder how much employees at the Toronto Catholic School Board (TCDSB) earn? There is a list for that. The 2020 “Sunshine List” identifies the top public sector workers who made more than $100,000 last year. The TCDSB employs close to 10,000 individuals including teachers, principals, vice-principals, administrators and support staff. Last year, […]

A Toronto operativi i primi 50 autovelox